What Can Pregnant Women Eat And Do?

When spending the day Sunday with two pregnant ladies having lunch and drinks, naturally you talk a bit about pregnancies and everything that comes with that. Especially all the advice on what you can and can’t eat. Because the advice differ from midwife to midwife, from woman to woman and from country to country. And it has changed dramatically the last 50 years as well. I’m sure the mothers of the 50’s, 60′, 70’s and 80’s wasn’t given the same advice as today. It’s not that many years since smoking was considered to be healthy and athletes were recommended smoking to improve lung capacity. Thankfully a bit more research was done in that area.

But with pregnant women, are we going overboard on being careful, or is it just right? Who’s doing the right thing? The women that stop basically everything that might be even slightly dangerous for the baby or the ones that don’t really worry too much? I feel like sometimes pregnancies are being treated as a disease these days and you have to be super careful with anything; travel, work, food, exercise, drinks, who you hang out with and so on. What’s the right thing to do?

For instance alcohol. When I lived in Denmark, having a glass of wine a day for a pregnant woman was just seen as normal. Surely that won’t do any harm, they say. Being Norwegian I was freaked out (I was actually freaked out moving to Australia too, because in Norway you just don’t drink and drive. You don’t have one and then drive afterwards or like they do here; two in the first hour and then one every hour after that and then drive. No way you’d get away with that in Norway!), because having alcohol during your pregnancy is highly frowned upon in Norway. You just wouldn’t to that. And if you did, in public, you’d risk random strangers coming up to you and slap you in the face. You’d risk the same thing with a cigarette in your mouth. In Australia I have met different opinions. Some are strictly no alcohol from day one till they stop breastfeeding. Others are a little more laid back, happy to have a small glass towards the end of the pregnancy. And it really is up to the woman to decide what’s best for her and her baby, isn’t it? 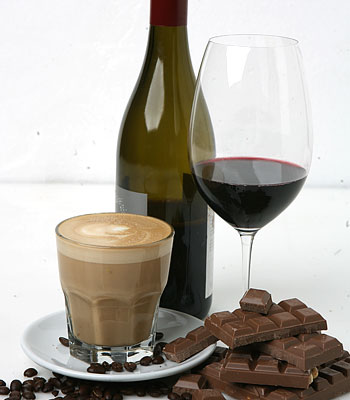 It does seem being pregnant makes women into anyones property. It’s ok to comment on pregnant women’s bodies, food intake, coffee intake, how much they are exercising or not and anything else they might or might not do.

Coffee is interesting too, a normal person should not take in more than 3-400 mg of caffeine per day. In one espresso shot (in a Norwegian source) you will get 40mg per espresso. So up to 10 shots a day should be fine for a normal, not pregnant person. If you’re pregnant and don’t want a miscarriage, you should half that and get between 1-200 mg of caffeine per day. That’s still 5 shots of espresso a day. If you’re using instant coffee on the other hand, one cup (150ml) would give you 60mg of caffeine and you could only have three of these per day (to be within the recommended amount of caffeine for pregnant ladies). But how do they actually know that too much caffeine will lead to miscarriage? Have they actually tested it? Have they pumped caffeine into pregnant women just to see what happens? I doubt it.

What about listeria, how often do we see this in pregnant women? I found sources saying between 8-24 cases of listeria per year in Victoria. There’s 5 million people here, so I wouldn’t say that’s very common? But then the question is, is there few cases because pregnant women are really careful about what they eat or does it just rarely happen that pregnant women get listeria even if they eat all the things they shouldn’t?

The list of things you shouldn’t eat includes seafood such as sushi, smoked fish, mussels, oysters and other raw seafood (and whale and seal, but I can’t see that being a big problem in Australia?!). Tuna steak is a no-no, but tuna in a tin is ok. Don’t ever eat a pre-made salad, who know’s where it’s been before you touched it. Any pre-cooked meats that you don’t actually have to cook again yourself, such as liver pate, sliced deli meat, cooked chicken (and the stuffing), salami, cured meat (anything you can get at a deli, because the food might have been sitting there for a week – bacteria overgrowth alarm!!). Do not eat soft serve ice cream (or fried ice cream – how sad!). Or cheese (any unpasteurised dairy products), especially soft ones like brie, camembert, ricotta (unless you are planning on cooking them first, then it’s ok!). Any fruit that has been cut up and sitting there for a while. Anything pre-packaged and ready to eat. Alfalfa sprouts, broccoli sprouts, onion sprouts, sunflower sprouts, clover sprouts, radish sprouts, snowpea sprouts, mung beans and soybean sprouts. It seems anything sprouting is a big no-no to. Anything with raw eggs, such as home-made mayonnaise, chocolate mousse and aioli. Oh, and don’t touch cats. They are like the listeria devils! 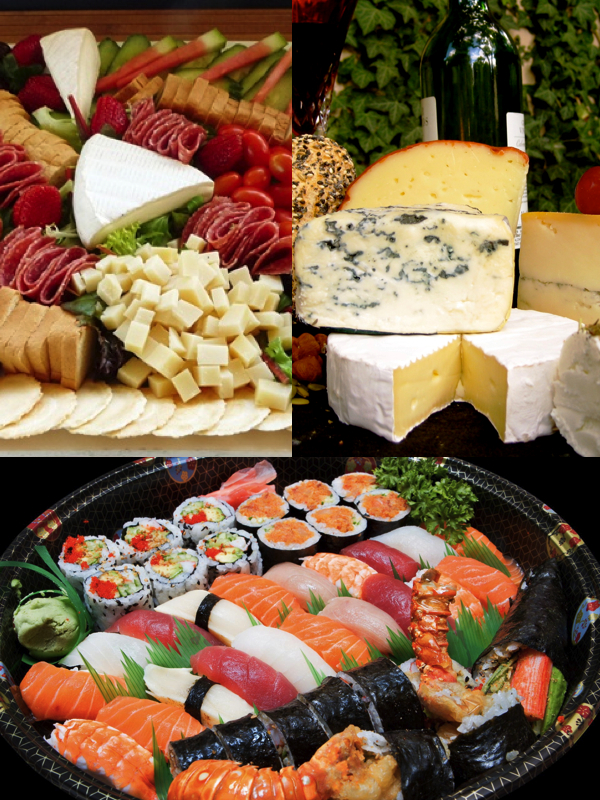 I’m sure there’s more to add to that list. My mum drank the usual raw milk straight from the milk tank home at the farm during the whole pregnancy. And kept working as usual. Drinking her coffee. I’m sure she wouldn’t have eaten any raw fish, because she’s still not a big fan of that (except Gravlax of course, Scandinavian after all). It’s amazing I turned out allright. But, what’s the right thing to do?

I don’t really care what pregnant women around me eat and drink, that’s really up to them. But I am more worried about what they do, or more what they don’t do or stop doing when it comes to exercise. Being pregnant is not a disease. And if you keep active and strong throughout your pregnancy, giving birth will be easier and you will bounce back faster than if you didn’t exercise at all. Of course some women struggle with pelvic girdle pain and cannot physically move much. I’m not talking about these women. I am talking about normal, healthy, good pregnancies where there’s nothing stopping you from exercising, except from yourself or others around you asking; should you be doing that? 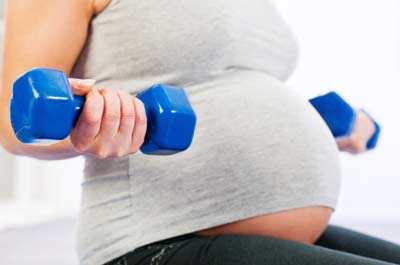 Yes, you should! If you’re already active, keep active at the same level. Listen to your body, don’t push too hard. If it feels ok, then most likely, it is. If it’s painful, then change the exercise. If you haven’t been active, there’s nothing in the way of starting some gentle exercise; walking, water aerobics, easy resistance training. If you’re nervous, get a PT that has the right qualifications to work with pregnant clients (very important) and she’ll show you what to do and how to do it correctly. You might even find pregnant PTs and instructors. Wouldn’t you feel safe then? I know a spinning instructor who was working and teaching classes until 2 weeks before she gave birth and was back on the bike teaching 6 weeks after. You’re not sick, you’re just pregnant.

As always, listening to your body is important. We are all different, and something that might feel ok for your bestie, might not feel ok for you. And you are the boss of your own body. So listen carefully to what is has to say to you and do it. If it feels right, then it probably is (even if a big glossy magazine tells you the opposite, they need big headlines to sell). And remember, if it makes you feel good, it can’t be that bad for you, right? I’m not pregnant and have never been, so I don’t know what type of pregnant woman I will become. Maybe I’ll freak completely out and stop eating everything? Stop moving?! I don’t think so, but you never know what happens. What’s your opinion?

Disclaimer; I strongly recommend that you consult with your doctor before beginning any exercise program. If you are under 18, pregnant, nursing or have health problems, consult your doctor about specific medical conditions.

This entry was posted in Interesting Things About Food (Mostly), No Excuses, Uncategorized and tagged Exercise, Food, Foods To Avoid When Pregnant, health, Healthy Lifestyle, Move More, Pregnancy Exercises, Pregnancy Food, Pregnancy is not a diease, pregnant ladies, Something Every Day, What Can Pregnant Women Eat And Do, What's the right thing to so when pregnant, You're not sick, you're pregnant. Bookmark the permalink.

12 Responses to What Can Pregnant Women Eat And Do?